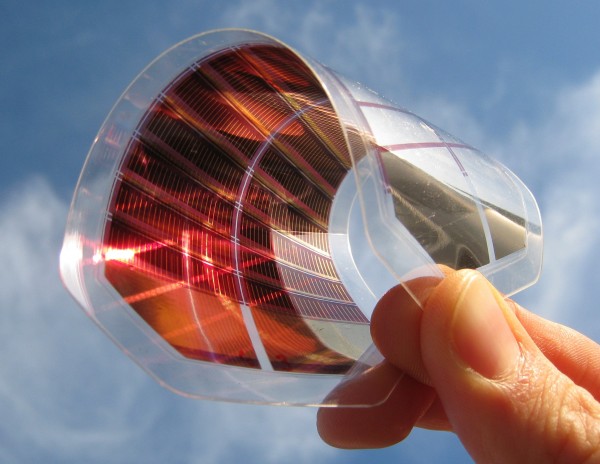 With climate change on the horizon, the discussion of developments regarding alternative methods of energy harvesting has reached high levels of importance. Amidst these developments are organic solar cells – a highly relevant, newly developing branch of energy conservation research at the intersection of physical chemistry and electrical engineering.

Both organic and conventional solar cells harness energy in the same way, through photon absorption, electron excitation, and conversion to direct current stages. The main difference between the two is their composition, which leads to different creation methods. Due to factors such as high cost of creation, efficiencies approaching maximum theoretical values, and large amounts of energy required for creation, scientists are looking away from inorganic solar cells and towards organic alternatives. These organic cells, as opposed to conventional solar cells, are also incredibly inexpensive to create due to the abundance of organic substances available in our atmosphere and their ability to be processed at low temperatures. However, organic solar cells, despite their economic and energy-related advantages, currently remain solidly in their development stage. While conventional solar cells have approached power-conversion efficiencies (PCE) upwards of 20%, organic solar cells have yet to consistently surpass the 11% PCE mark because of their materials’ smaller conductivity and absorption spectra. Additionally, organic materials with these large absorption spectra – large enough to harness multiple wavelengths of the sun’s light as opposed to harnessing only one wavelength – have yet to be discovered. This issue presents a huge deterrent to current researchers.

Knowledge about organic solar cells and their potential positive implications, at this point, remains poorly spread. Therefore, breakthroughs and realizations stemming from organic solar cells should be covered in the media more frequently and emphatically. It is the responsibility of entities ranging from influential scientific journals to the popular media to energy-oriented governmental organizations to popularize organic solar cell research and to emphasize the severity of climate change. Influential scientific journals in particular have the unique ability to inspire further advanced research. With each additional scientist working to improve the state of organic solar cell development, we get closer to using these cells in everyday life. Additionally, while some funding for organic solar cell research has been provided by primarily governmental organizations attempting to deter climate change, not enough has been provided due to the amount of issues left to surmount. Private organizations and foundations should also consider contributing assets towards alternative energy research because climate change, once fully fledged, will affect much more than just our government.

Climate change, despite its urgency, has been placed on the back burner for a dangerously long period of time. Functional organic solar cells, however, have the potential to contribute to the delay of global warming. It is time to treat them with the attention that they need.