Atul Butte is the Priscilla Chan and Mark Zuckerberg Distinguished Professor and the director of the Institute for Computational Health Science at UCSF. He completed his undergraduate education in Computer Science at Brown University and received an MD from there as well. After training as a pediatrician and a pediatric endocrinologist, he received a Ph.D. from the Health Sciences and Technology (HST) program between Harvard Medical School and MIT. For promoting science through publicly available data, in 2013, he was recognized by the Obama administration as an Open Science Champion of Change. His current research revolves around solving problems relevant to genomic medicine by developing new methodologies in translational bioinformatics. His daughter Kimi is in ninth grade at the Harker Upper School. 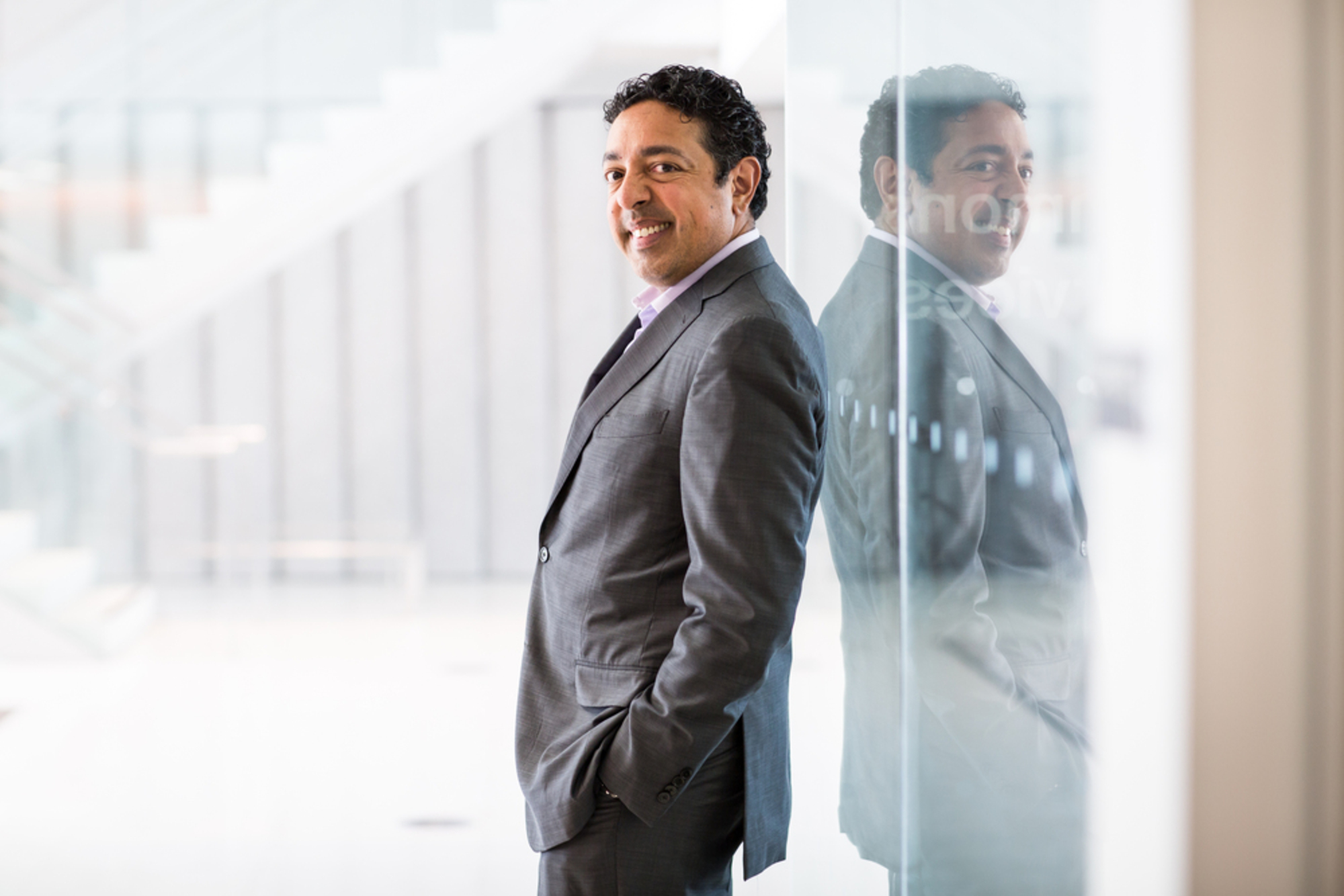 How did you first get started in science?

My background initially was in computer science. I started learning how to write programs on computers back in eighth grade, when my parents got us a computer at home. Before that, I used to have to go to stores, [like] Macy’s or Bloomingdale’s, that sold computers. I used to write programs down on paper at home and then bring them to the store and type them. That’s when my parents got the keen idea that they should buy a computer for us at home. They were super expensive back then, but I’d probably say it was worth it now.

Can you describe the basic science behind your research in layman’s terms and how you’re involved in personalized medicine?

Personalized medicine means the customizing of health care based on all these measurements we’re going to get from people. They [could] be like biological measurements, they could be behavioral measurements. We’re also going to need to learn those kinds of measurements on a lot of people [to] figure out what medical care is working or not. The idea is to really put all that data towards medicine and apply it to people. And we’re getting a lot of that data from two big kind of aspects. People love this term, “Big Data,” huge data sets that are really tough to analyze.

To me there’s two big data sources. One are the all the DNA and all the DNA measurements, like your genome. And we’re getting genome sequences on people and on cancers. The other big one is what I call electronic medical records. When you go to see the doctor now, you’ll see they spend a lot more time typing than they used to because we’re recording everything we’re doing to patients and every day we’re telling patients who put that into a computer. So you got all of that clinical care data in one side and you got the genome stuff on the other side, together. That’s a kind of easy way to think about building this new world of precision medicine: putting all that data together and figuring out what to do next on a patient. So that’s kind of what I do.

What do you hope to learn by researching personalized medicine?

Are there any specific computational techniques you’re using to make your work more efficient and accurate, like any tools you’re using in your research?

In general, a lot of the code we’re writing is in this data science language called R. I recommend high school students try to get some background in R programming—it’s all free, and it lets you do statistics and visualize your data. Most of what we do is write R code to answer these kinds of questions.

Is there a way to summarize the work you’ve done over your research career?

I’ve been in this field of research now for 18 years. I probably have like more than 200 scientific papers, [I’ve] started at least three companies. So there’s a lot we’ve been

doing. But more importantly, I’ve trained a lot of students. So I’m not just a scientist: I’ve been in a [university] medical school doing science, so I also have to teach people how to do what I do. So I’ve also graduated 10 Ph.D. students, and—I don’t know—30, 40, 50 post-doc fellows, so we’ve been training a lot of people, we’ve been running a lot of papers, and starting a few companies.

Are there any mistakes you’ve made that you’d be willing to share?

Mistakes for us are different. It’s not like you spill like a test tube. It’s thinking something should work and for some reason not working, like software code not working right. It’s a little bit different for us—we make plenty of mistakes all the time, so it’s not as easy to answer that one.

Is there any project that you’ve conducted that didn’t work out as expected and led you to another one?

A lot of science is building one finding from another, whether it’s successful or a failure. Let me give you my philosophy for a second: for us, when you’re really into science, it’s not really all about getting one experiment to work the way you think it is. It’s really more about thinking about a set of questions. So you know, you say, this would be really cool if the world knew this about cancer or that about diabetes. So if the first one doesn’t work, we wouldn’t even call that a failure or a mistake. You try other questions or other ways to do it.

You’ve given some advice already to high school students, but do you feel like there’s anything else you can give to students interested in research or the general field of biology?

I know a couple of things because I’m in this weird intersection of medicine: I’m a medical doctor, or a pediatrician, and in computer science. I think being in the intersection of two fields is kind of amazing.

And Harker students know this: to be the best in the country, or of the world. You guys are able to do it a lot, but it’s tough when you’re in one field and you try to be the very best in that field. It is hard competition: because the world is big, there are a lot of people in the world.

What do you feel are the most important skills and traits that a budding high school scientist should be equipped with?

It’s really easy to start a lot of projects. I think one thing high school is trying to teach you [is] how to finish projects.

A colleague of mine at Stanford has this word called “Finishiative.” And I think the sooner the better you can demonstrate to people that you have Finishiative: you don’t just start things, but you can actually finish them. That ends up meaning a lot to people, that you can actually start [projects] and get things done.